The Evolution of Digital Marketing

Like most things – marketing has evolved phenomenally over the last half a century.

Apart from the very obvious technological evolutions 50 years has seen. Here's just a few of the differences you may have noticed in the 70s…

It would be a challenge nowadays to find anyone, anywhere that wouldn’t know what you were talking about If you mentioned Nike. Nike, the Greek goddess of victory, is better known for being the world’s largest Sports Apparel company.

When Nike started, they weren’t called Nike, and they were solely (pun intended) a sports shoe retailer. They imported Japanese shoes and then started going to track events to try sell them to athletes and breed some sense of brand awareness.

When they did initiate marketing activities, they existed in the form of adverts in newspapers. As, I’m sure, did most companies’ marketing back in the 60s.

Phil Knight (founder of Nike) originally thought ads were useless – and once asked how you can prove that any one person has bought a product because of an ad, in black and white numbers. He believed the only thing needed for a company to be successful was a quality product.

Today, some strategy experts recommend that a company should put equal efforts into marketing activities as they do into product development.

Of course, now we can get those insights that Mr. Knight was looking for – thanks to digital channels. We can clearly see attribution channels and we can tell in data, black and white, that yes ads lead to sales. Of course, data is so rich we can find out a lot more than just which ads lead to which sales. And if you asked Phil Knight what he thought of marketing today, his opinion is likely to have changed.

Taking a look back at the last 30 years, it’s pretty astonishing to see how rapidly the development of technology has advanced the capabilities of marketing. It’s very interesting to think about where the future will take the industry, and what tech will enable and make possible.

As I’m sure if you told Phil Knight back in 1970s that his consumers’ phones would be listening to them in order to provide them personalised display ads, he may have laughed in your face.

So just how has marketing made it from print ads to AI interfaces within such a relatively short time frame?

This era of marketing marked a shift in companies, they began to realise the potential in building long lasting relationships with prospects. As opposed to being focused predominantly on just sales, sales, sales.

The advent of the internet and its entrance into everyday life was clearly the single biggest event that has affected marketing. And, as digital marketing is the use of digital channels to promote or market products to targeted customers and businesses, it would have been pretty impressive for it to have existed before we had digital channels. So the 1990s were when the term digital marketing was first coined.

The first clickable banner ad on the web went live, which started a chain reaction and began the age of digital advertising. Said banner ad was a little rectangle and it was purchased by AT&T on HotWired.com in 1994. The click through rate was extraordinary at 44% - something modern digital marketers could spend a career trying to achieve. The novelty was pretty strong. In fact, it was so strong, and the banner ad was so popular, that people even shared links to it!

Once this ad had been brought into existence, it kicked off a chain reaction – changing the landscape in the advertising industry for good. As well as several other industries with which it interacts. Banner ads now had traction as a certified means of advertising and were well on the radar of digital marketers everywhere.

The next significant shift in the digital landscape was the founding of Yahoo in 1994, which by the end of the year had received over 1 million hits.

As Yahoo quickly became a household name, they announced an advertising deal for their own banner ads. Again, if you came across these today you would most probably, quickly dismiss them for spam. And what would happen if you clicked on these display ads?

Not much. The concept of a landing page wasn’t even a seedling at this point. In fact, the companies the ads referenced often didn’t even have a website, and businesses far and wide were unsure whether an online presence was a desirable strategy to pursue.

Email marketing became a new outbound marketing tool, joining TV, radio and print. A particularly notorious early marketing email went out to 6 million internet users to advertise an anti-spam filtering tool – this was supposed to be a joke something along the lines of “we know you hate junk mail, here’s some junk mail, to advertise our free product, so you won’t get junk mail anymore”…

Search Engine Optimisation, in the form of what we now label black hat methods, was born. Companies started using Keyword Stuffing, back links from blog networks, and excessive tagging to get themselves highly ranked.

Did you know that Google was first called BackRub? It began as a research project of a Stanford computer science graduate. They investigated the behaviours of linking on the World Wide Web. They concluded that there should be a system to crawl the internet to determine which pages were linking to other pages, creating a brand-new type of search engine. Just like that (well, probably not that easily) two Stanford students created the first PageRank algorithm – and it launched on Stanford’s private network in 1996.

Jump forwards two years to 1998, inspired by the huge number of links between pages and driven by the knowledge their search engine would only become more accurate with more data as the web continued to grow – BackRub became Google. This is when Search Engine Marketing was conceptualised.

23rd of October 2000. A momentous day for digital marketing. It marked the launch of Google AdWords. By the end of the year 2000, Google was receiving over 18 million searches per day. Just think that Yahoo got 1million in their first year just 6 years prior.

Google then decided that now was the time to pounce on monetisation. They went for unobtrusive text adverts on the side of their search results, and within the first couple of months had over 350 advertisers sign up to use their PPC service.

While Myspace may not be able to claim the first social network, it can be widely agreed it was the most revolutionary social media site at the time, launching in 2003. It was actually so popular at the time that, in 2006, Myspace surpassed Google as the most visited website in the US. This same year LinkedIn was launched, as well as WordPress, changing the way in which consumers behaved on the internet. The use of the internet as a social interface could only mean positive outcomes for the world of online advertising.

During 2010 the internet had a whopping 1.97 billion users in the world. That’s an increase of around 1.3 billion in 10 years. A major change that started in 2010 was the increasing prevalence of smart phones and small devices, allowing people to browse the internet on the move.

This triggered Responsive Web Design, so that the web could adapt for user experience when on mobile browsers. It was around this time, too, that companies started paying more attention to the data they had on their customers, their interests, wishes and needs. Personalised ads then started appearing on social media feeds and social media advertising started blowing up.

When Instagram really took off, another monumental milestone was reached for digital marketing – internet marketing spends surpassed news and print for the first time. The online landscape continued to develop and grow communities. This time it was the launches of Pinterest and Snapchat.

In 2014 there was, again, another massive change in our interaction with the web. The number of mobile users surpassed desktop users. And with this, in 2015, Google launched a much anticipated mobile-friendly algorithm update. This was designed to give users the most relevant and timely results, regardless of whether the information is on mobile friendly web pages, or in a mobile app.

Three years on, in 2017, Google announced themselves as an Artificial Intelligence (AI) first company. The result this had on digital marketing was huge advancements to ad targeting, lead generation and SEO. AI stared allowing extremely data-driven approaches to marketing and decision making and also data integrations across different platforms.

Today more than 3.5 billion people use social media -almost 50% of the population. 94% of Facebook Ad revenue comes from mobile and they have over 3 million businesses that actively advertise on their platform. That being said, it’s a pretty hot topic how the future will look for Facebook ads. They’ve lost their status as the kingpin of the social media world, and it’s estimated that 41% of users are over the age 65, which indicates that Facebook is losing ground with the younger demographics.

Chatbots are heavily used in digital marketing in now, the AI software is a popular addition to virtual customer service teams. Chatbots are continuously gathering data in order to improve their service. They also have the edge over human counterparts by being active round the clock, with instant responses to customer queries and no need for breaks or holidays!

2020 has also marked the year where the trend of video is no longer something companies can overlook. Video is powerful and text-based content has absolutely no chance of competing with video – especially when it comes to selling products and services online. Our smartphone-addicted world is video mad, and people watch and share videos about literally anything.

Digital trends show the growing popularity of voice search and indicates that it will soon dominate traditional search methods. AI is no longer something of science fiction but a very real component of our daily lives.

So, what does the future of digital marketing hold? If the next 30 years are as revolutionary as the past 30, the opportunities seem infinite.

It looks like we can be sure that in the very near future, computers will be increasingly in charge of larger and larger decisions. AI will be able to better analyse buyer behaviour as well as customer profiles even more closely, enabling them to form their own strategies for outreach. It won’t be long before the personalised copy you’re reading, in a tone of voice suitable for the brand, is written by AI, and you wouldn’t be able to tell the difference. Some experts are predicting that by 2040, 95% of all purchases will be made online. If there’s one thing for sure, it’s that digital marketing isn’t going anywhere. 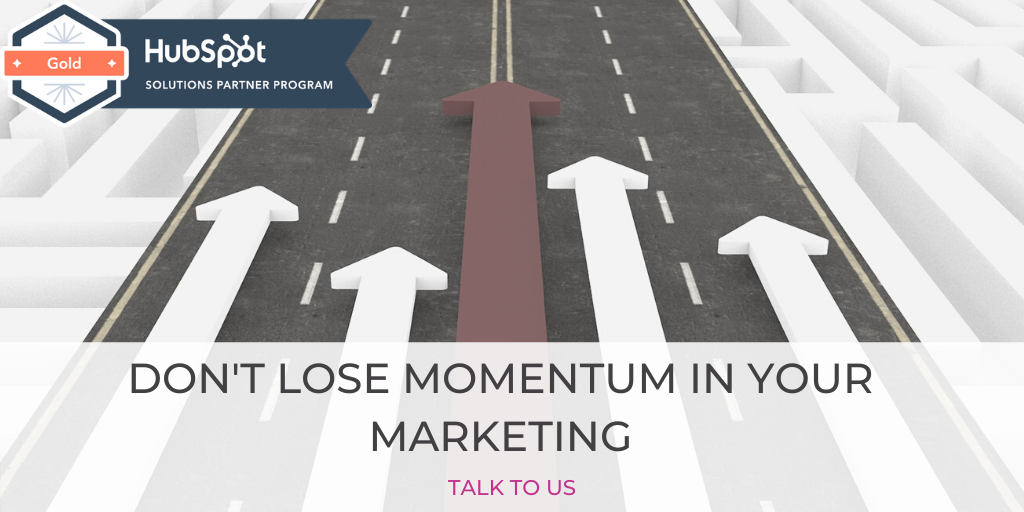